- Waiting for the man (short film)

Extremely effective commercial for Mad Films by Director Kevin Donovan. We made 12 background sheep heads, and a hero animatronic sheep mask for a spot that had hundreds of sheep men roaming the financial district. Built in an unusually tight timeline, these wildly convincing masks set the perfect surreal look for this beautiful shot.

The sheep were so popular we went on to fabricate the animatronic head into an entire sheep puppet which was used in a very funny Mill Valley Film Festival commercial. Shades of Gene Wilder and Woody Allen. The sheep puppet then starred in my brother Rob Stefaniuk's  short film "Waiting For The Man" 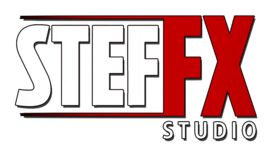